Posted on March 14, 2017 by agmipsl
Given the challenges faced by the industry with repeated droughts, increased demand for domestic consumption and the felling of coconut trees, the Coconut Research Institute (CRI) forecasts a 450-500 million nut shortfall this year. 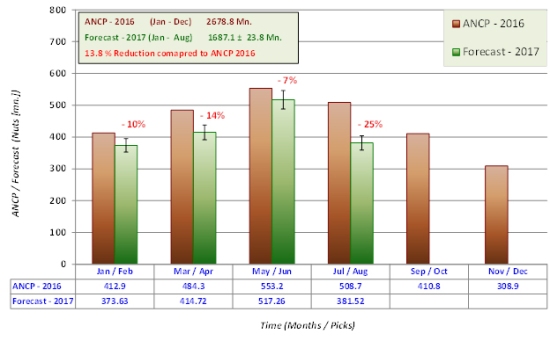 Annual national coconut production in Sri Lanka varies between 2,500 and 3,000 million nuts, nearly 70% of which are used for local consumption while only the balance are available for industries.Plantation Industries Minister Navin Dissanayake said the CRI had now developed a method to forecast yields and had already estimated the shortage of coconut in 2017 which will be around 450-500 million nuts.

Sri Lanka Desiccated Coconut Millers Association President Asitha Gunasekara warned that the shortage of coconuts for next year would be worse than this year with increased consumption further pushing the industry into difficulty.